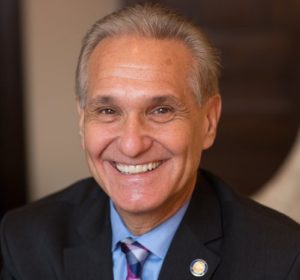 Yes-- The last two years, we the Senate were not able to get the reductions, and reforms, and restructure that was necessary to balance the budget. The Governor and the democrat controlled House would not allow it. And we did not want taxes, so that was our only choice. But our hope is it is temporary until we can get a Republican Governor.